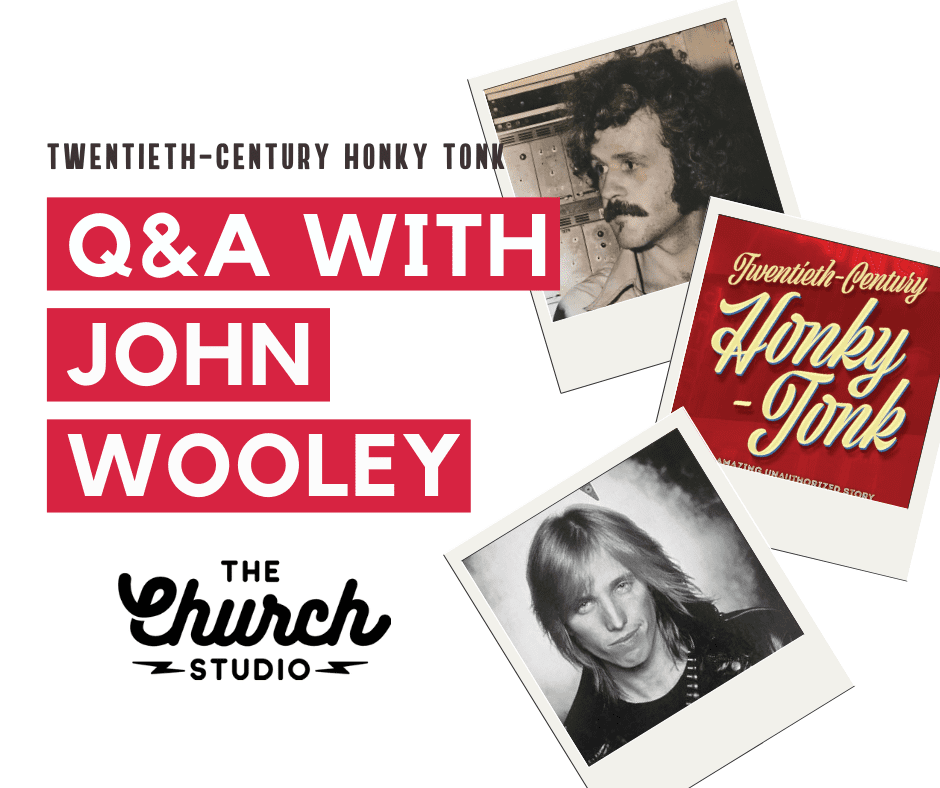 Music writer John Wooley is at it again! This time bringing us the incredible story of the historic Cain’s Ballroom‘s first 75 years with his new book, TWENTIETH-CENTURY HONKY-TONK.  The Church Studio had the opportunity to catch up with John last week and chat about the new book. Read our quick Q&A below!

CS: Why is this book significant?

JW: TWENTIETH-CENTURY HONKY-TONK is the first book ever to be devoted to Tulsa’s Cain’s Ballroom, one of the most famous dance halls in the world. And while much has been written, and justifiably so, about the Bob and Johnnie Lee Wills days of the 1930s, ‘40s, and ‘50s, this book digs into never-before-told tales about those wild days. But as important as the Wills boys were, that’s only part of the story. Thanks to the full cooperation of those who were there — including longtime owner Larry Shaeffer — TWENTIETH-CENTURY HONKY-TONK explores in depth the life of the ballroom in the ‘70s, ‘80s, and ‘90s, as well as the seldom-documented time in between the Wills western swing and the ‘70s hippies.

CS: Is there relevance of the book to today’s music industry? Or, what can we learn?

JW: One of the more fascinating things covered in the book involves the importance of the Cain’s too big record labels, which would put so-called “baby bands” — acts the labels were trying to develop — into the Cain’s on a regular basis. These groups included the likes of Van Halen, U2, and the Police. TWENTIETH-CENTURY HONKY-TONK shows just how important the Cain’s was to these performers and their labels, and offers plenty of examples on how things have changed so drastically in the music business.

CS: What are the similarities between Cain’s Ballroom and what Leon created with The Church Studio in the 1970’s?

JW: It’s no coincidence that one of Cain’s most fertile periods coincided with Leon Russell’s return to Tulsa. A plethora of acts that were in Leon’s orbit then showed up with regularity on the Cain’s stage. In fact, two of the best stories in the book concern a Florida-based band (Mudcrutch) that Church Studio co-owner Denny Cordell booked into the ballroom — on his own dime — and another that involved a surprise visit to the Cain’s stage by Russell cohort Eric Clapton, who got sprung from jail to do the gig.