How It All Began

A Brief History of The Church Studio 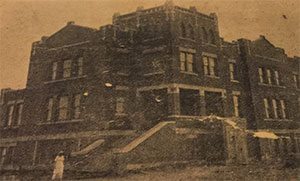 The historic church became a recording studio and home office for Shelter Records in the early 1970s. At the beginning of 1915, it started as Grace Methodist Episcopal Church and was one of the earliest churches built in our new city; even later, it survived the race riots of 1921. By 1928, it had become the First United Brethren Church and remained so until at least 1946. In 1948, it began appearing in city directories as the First Evangelical United Brethren Church until 1961, when it was the First Church of God. Originally a brick church, the current “castle” stone was placed in the mid-1950s.

After Leon’s time in the church, a few of the artists that recorded included The Tractors, Dustin Pittsley, Wink Burcham, Hanson, Roy Clark, Freddy Fender, Carmen, Ronnie Dunn, Red Dirt Rangers, Paul Benjaman, Admiral Twin, Jesse Aycock and even Leon Russell himself, were inspired in The Church Studio under the ownership of either Steve and Charlene Ripley or Randy and Debbie Miller. 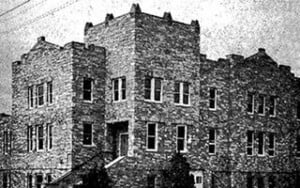 With the latest owners Ivan Acosta and Teresa Knox, Tulsa Sound, and Leon Russell fans, the focus is on restoration and rehabilitation first; and then recording studio, audio engineering school, museum, and event space; second. The renovation was completed in 2022.  Being caretakers of Leon’s legacy is of the utmost importance to the new owners while establishing a collaborative space and entertainment network.

The mission of The Church Studio Music Foundation is to support the understanding, appreciation, and advancement of music.

ARTISTS WHO HAVE RECORDED AT THE CHURCH

Just a small sampling of many who played or recorded