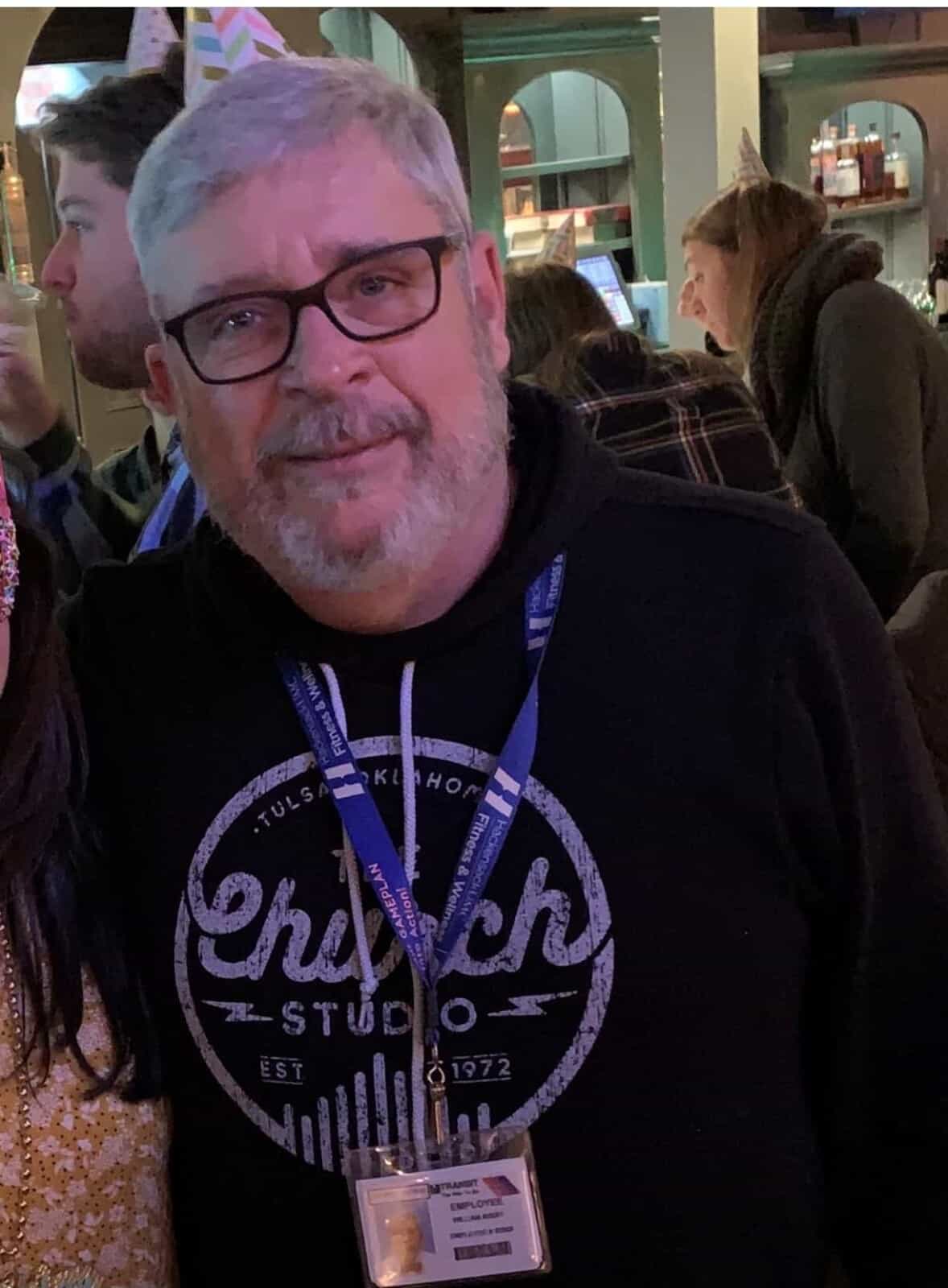 Bill Avery, Leon Lifer and a Church Studio volunteer, is a dedicated, knowledgeable, and fun-loving ambassador for the Church and for Leon’s legacy. Although he lives in New Jersey, we have been fortunate to have Bill travel to Tulsa, Oklahoma, and assist with concerts and book signings.

Tell us about yourself.

My name is Bill Avery. I’m 65 years old and was  born in Staten Island New York. I live in New Jersey now.  I worked fo the Rail Road for 41 years and now I work for a nonprofit called,  “Fulfill” which is the food bank of Monmouth and Ocean County in New Jersey. I have been married for 37 years to MaryAnn who truly is a Saint for putting up with me for so long. I have 2 children; Erin and Tristan. I also have an adorable grandson named Tommy Boy Callahan. Between my volunteer work, travel and family; I seek out and love new adventures!

Why do you volunteer?

I volunteer at the Food Bank, The Church Studio and Harwelden Mansion.  I am passionalte about giving back to my community and helping people in need. I started volunteering at The Church Studio a few years back early in the renovation process. I first was an online customer of the merchandise and then became friends with Teresa. It seemed like the church needed help with its programming and I was looking for a new adventure that I could get excited about.

What inspired your passion in the Church Studio?

That’s simple, Leon Russell. I’m a life-long fan! Later, after I met all the great people in Tulsa that also shared the love for Leon; it inspired me to pursue volunteering. What part of the studio’s past interests you the most?

Leon’s incredible musical past and all that went on in Tulsa in the 1970’s is very interesting to me. Although I was born on New York, I feel like I belong in Tulsa, Oklahoma. I connect with its history and the community.

What are you most excited about for the future of the Church Studio?

There are many things I’m excited about for when the Church opens, but I think I’m most fascinated with the Church Studio archive, a collection of over 5,000 pieces related to Leon, Shelter Records and the Tulsa Sound.  I am also looking forward to enjoing a new generation of artists who will record at the newly restored Church Studio. Like a lot of Leon fans, I enjoy following Teresa and the Church on social media.

What would you say to someone considering becoming a volunteer?

I don’t live in Tulsa, so volunteering is more scheduled for me (once per year) so if anyone that lives in Tulsa and wants to volunteer at The Church Studio , it would be an experience that they won’t soon forget. The team is fantastic to work with. They make you feel like you are part of the family.

Volunteering may not be for everyone, but once you do it; you realize that although you are helping and serving others, you yourself get a wonderful and satisfying benefit because of how you feel making a difference.