Play it Back: A Private Tour of the Church Studio 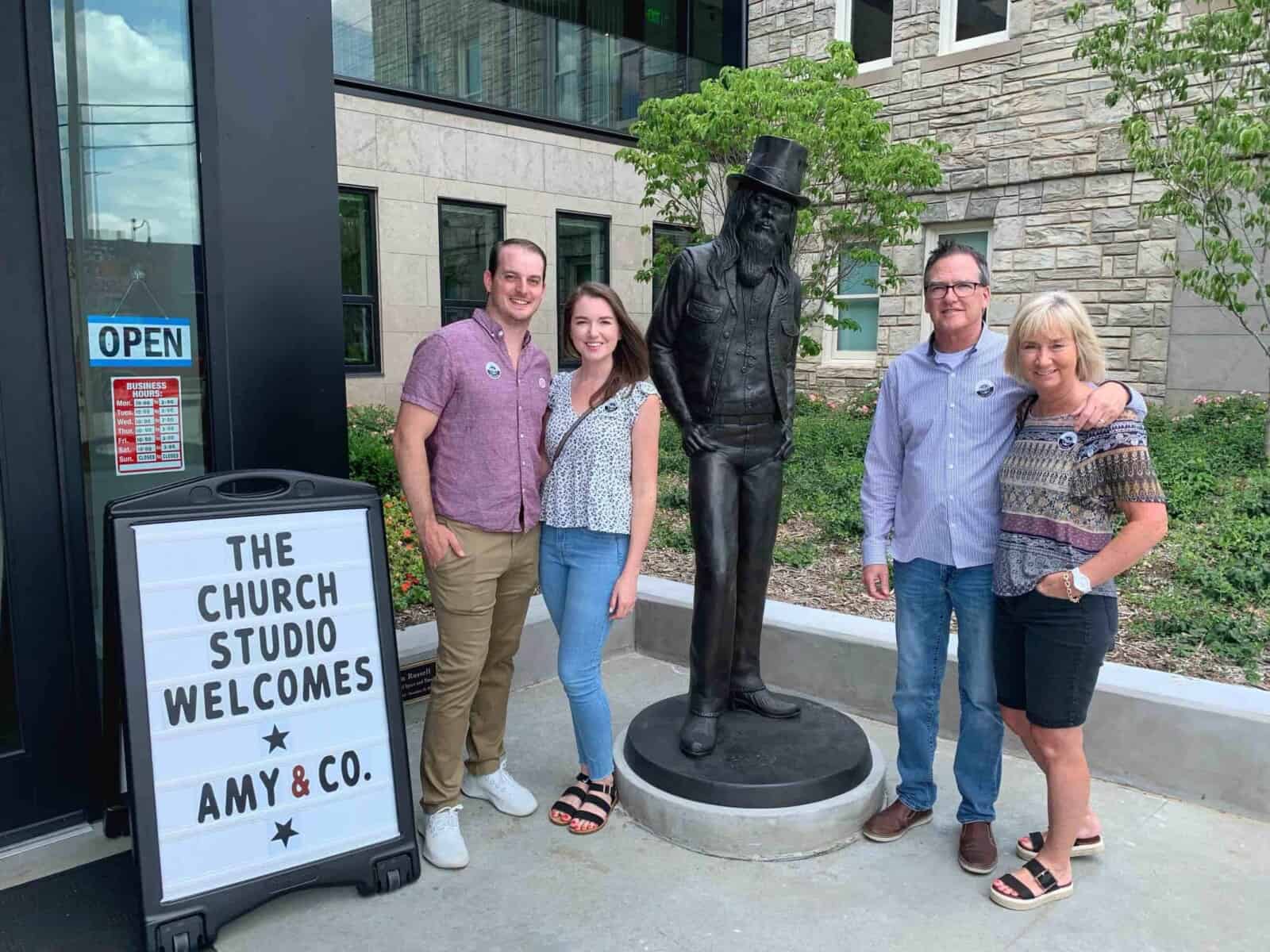 The stone building at 3rd and Trenton first caught my attention in December of 2019. I had just moved into an apartment on the east side of downtown Tulsa, and I began to regularly pass by what is now (or rather, again) the Church Studio. During that time amid restoration, each subtle change prompted me to speculate what it would become. A boutique hotel? A community center? A unique structure with evident history in an up-and-coming part of the city-I just hoped it wouldn’t be another national chain or storage facility.

After a few months, I finally pulled over to read the sign and gave it a quick Google. Not a storage facility!

I read a brief recap of Leon Russell’s Tulsa recording studio. Shamefully, though I grew up just an hour away in Stillwater, Leon’s significance to Tulsa and the influence of the Tulsa Sound was all news to me. I dove in, awed by the slew of household-name musicians who had spent time in Tulsa and recorded at Leon’s Church: Tom Petty, Eric Clapton, Willie Nelson, and Bob Marley are just a few names on that list.

Keeping an eye on the progress of the restoration, I visited soon after the Studio re-opened its doors in March 2022. On my first walkthrough, I was struck by the detail and care of the restoration project. Not only had close attention been paid to the preservation of its 1970s heyday, but its purpose had been actively revitalized as well. It was once again a fully-operational recording studio. My husband and I became members.

Among the many perks of membership, which include free admission and invitations to exclusive events, is a private tour. Eager to share this Tulsa gem, we invited my parents to join us. We booked our tour in advance, and upon arrival were met with a knowledgeable and engaging docent, Laura, and our group’s name on the welcome sign. After fighting past the throngs of paparazzi desperate to take our photo (okay not really, but we did feel pretty special), we received our complimentary Leon Russell buttons and began the tour. 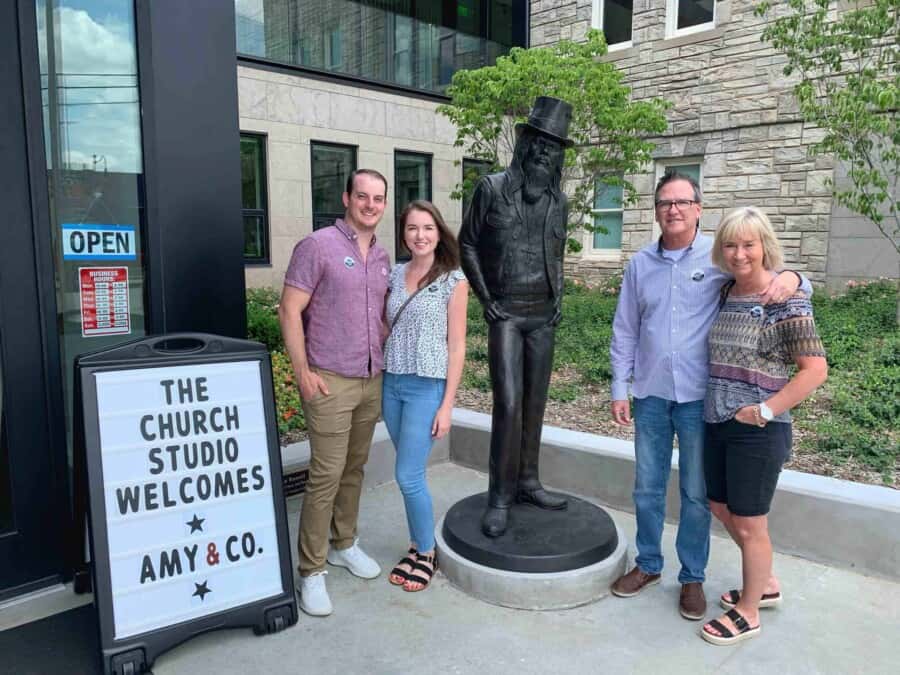 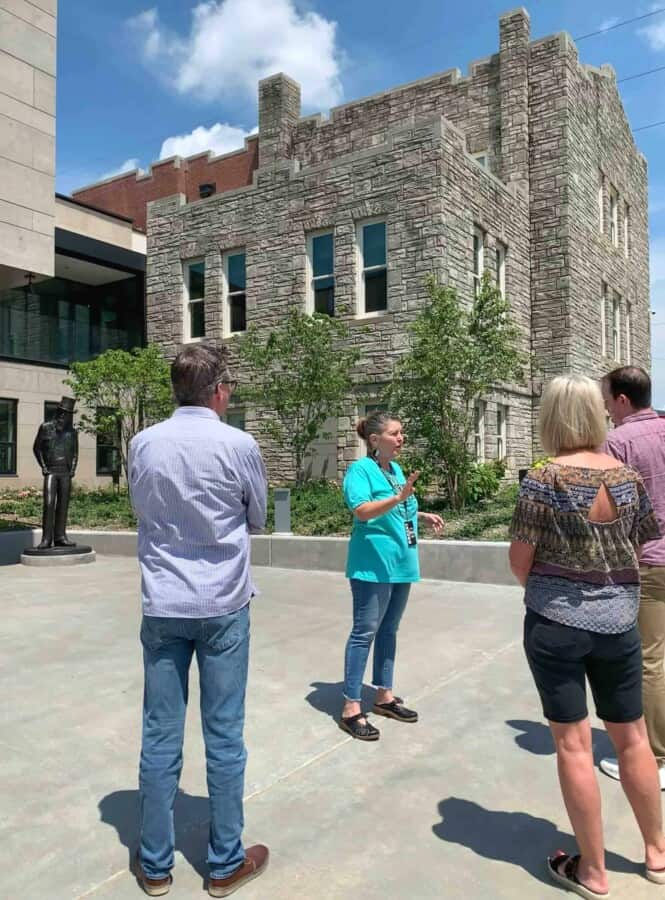 The main entrance, no longer at the top of the old church’s front staircase, is now located on the modernized addition. Per historic preservation guidelines, any add-ons to the original structure must clearly differentiate the old from the new. The building’s current façade is a wonderful representation of progress honoring history. 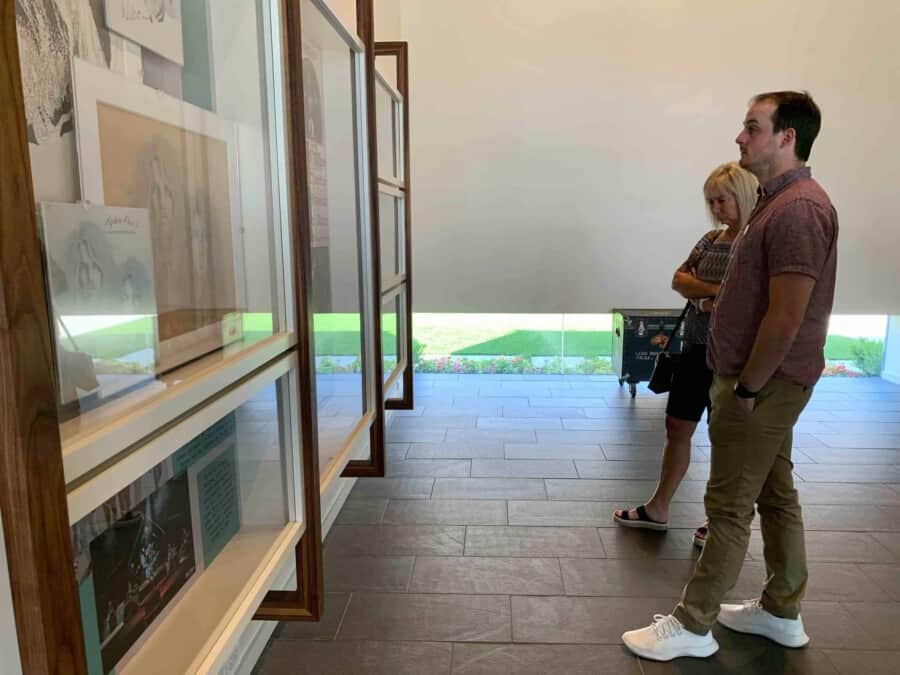 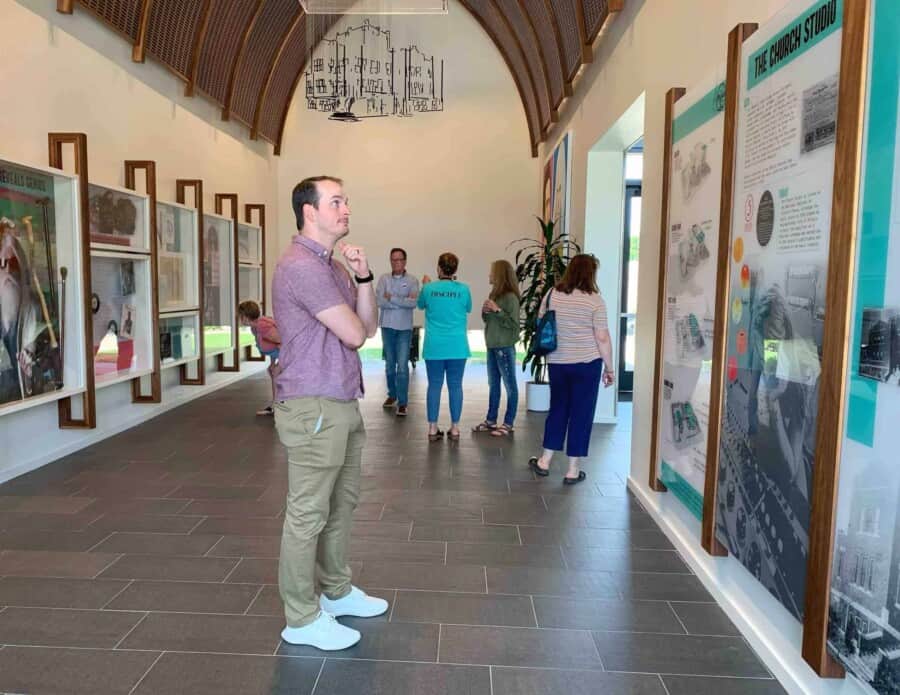 In the first room, we were greeted by a grand vaulted ceiling with a hanging anamorphic sculpture: an arrangement of metal pieces suspended on wires that, when you stand in the right spot, form the silhouette of the Church Studio. Here, we browsed curated displays of Leon Russell memorabilia and infographics showing the timeline from the original 1915 church to Leon’s studio and beyond. The material gathered here and in the sprawling archive room offer only a glimpse of the extensive collections held at the Church. 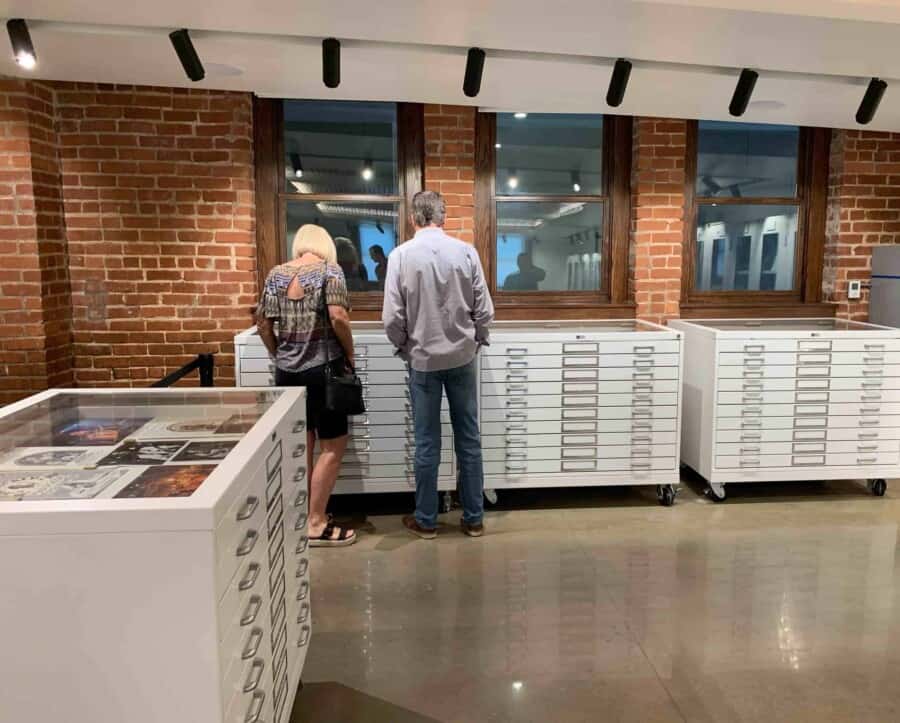 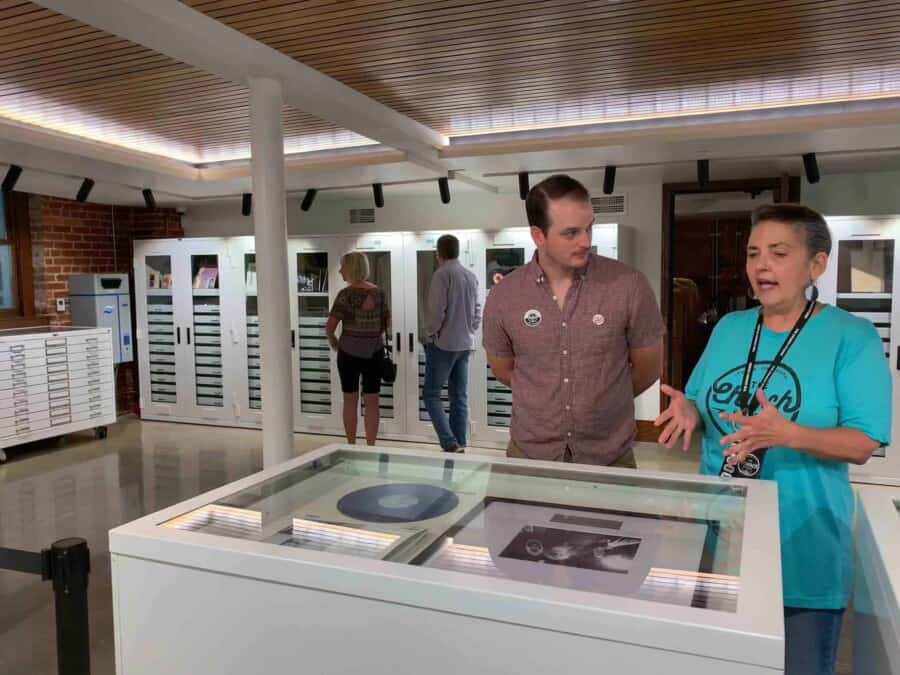 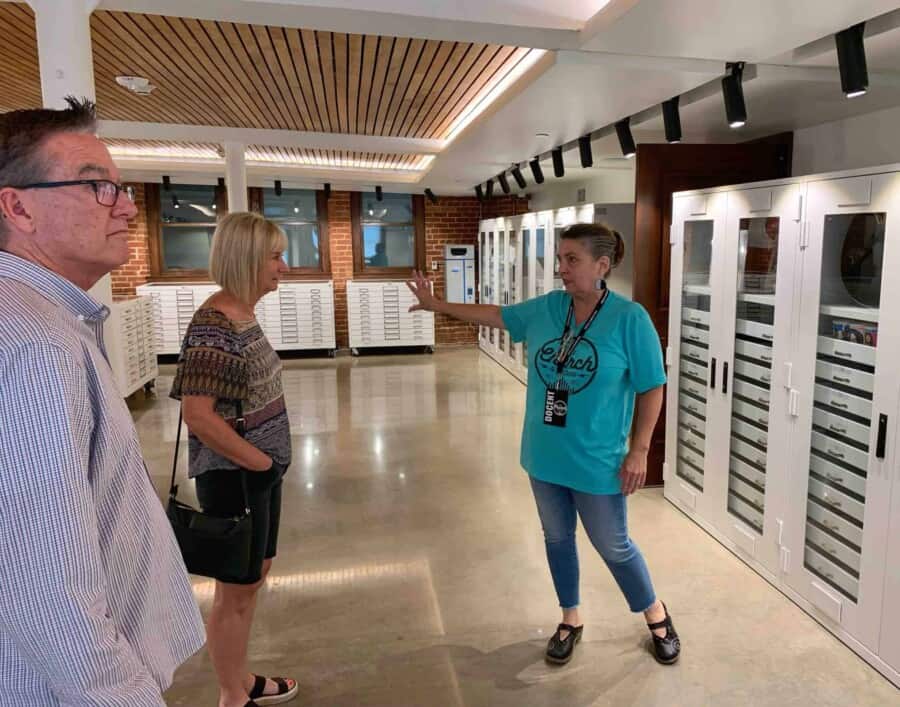 Among the vintage photographs, instruments, and furnishings, we also found a celebration of contemporary Tulsa creatives. True to their mission to spotlight today’s thriving cultural scene, the owners tapped local artists and craftspeople to make their marks. From a custom light fixture by the Tulsa Glassblowing School, to the monumental murals across the street by well-known painter Patrick Gordon, the Church Studio demonstrates that Tulsa’s influential artists are not a thing of the past. 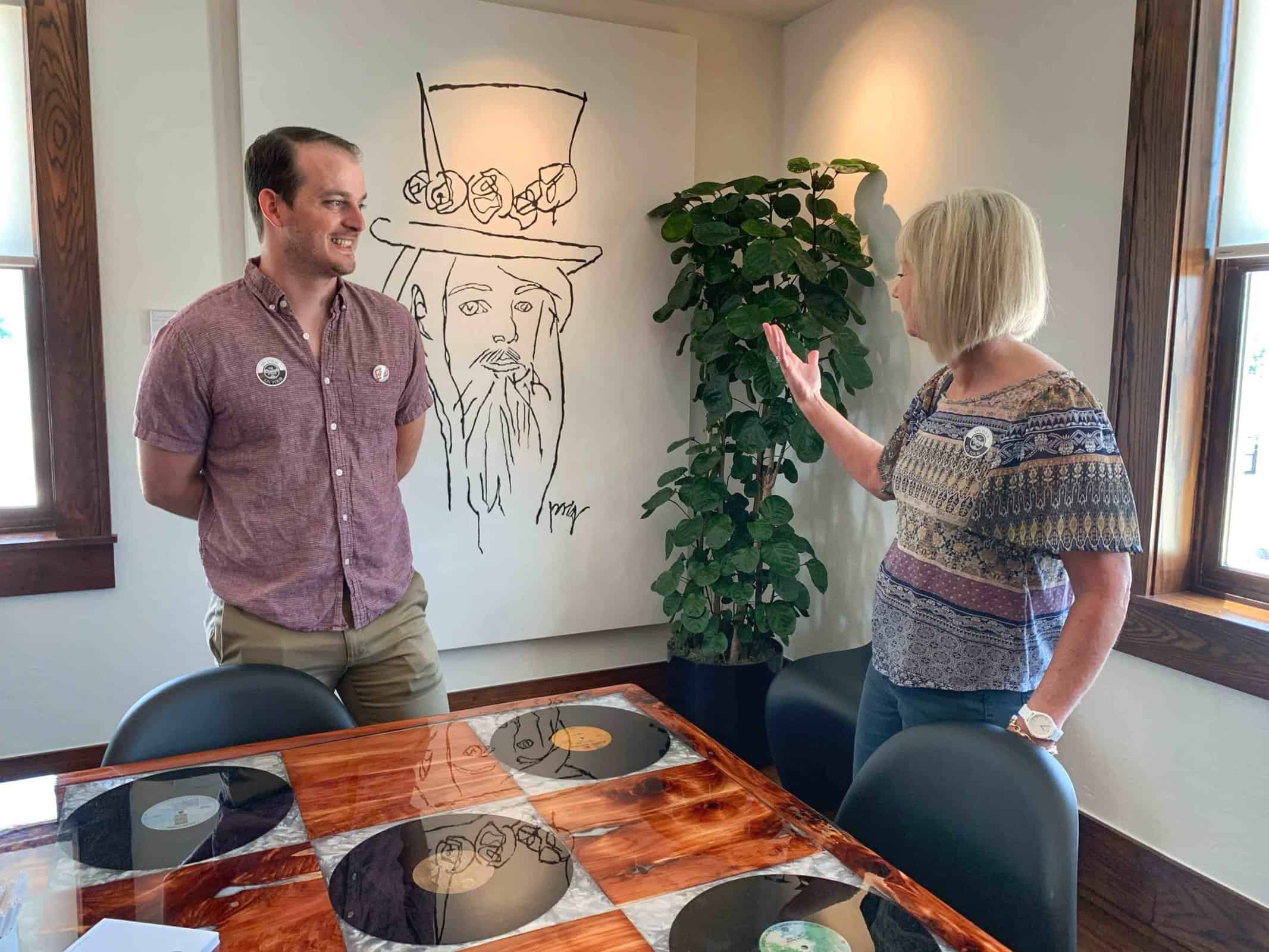 While the Studio is part exhibition space, part historic building, and part event venue, its primary function remains as a recording studio. Sprinkled throughout the building are wall jacks, allowing an artist to plug in a guitar and record wherever inspiration strikes-even in the belfry. After the archive room, we trekked all the way to the top of the building, past an impressively discreet cable management system, to the original structure that once housed the church bells. The small space is packed with character, including a fabulous retro sofa and lancet window frames, currently covered, but rumor has it there are some custom stained-glass panes in the works.

We were fortunate that no musicians occupied the studio during our visit, so the next stop on our tour included the grand live room and a peek into the sound booth. These spaces boast some impressive pieces of music history, such as the board pictured behind Bob Dylan on the cover of his “Time Out of Mind” album. These objects are not museum displays behind glass but embedded in studio operations. The soundboard from Dylan’s album cover is put to use in recording sessions at the Church. A unique opportunity for bands recording at the Church Studio is access to both digital and vintage analog equipment, and specialized technicians for both. 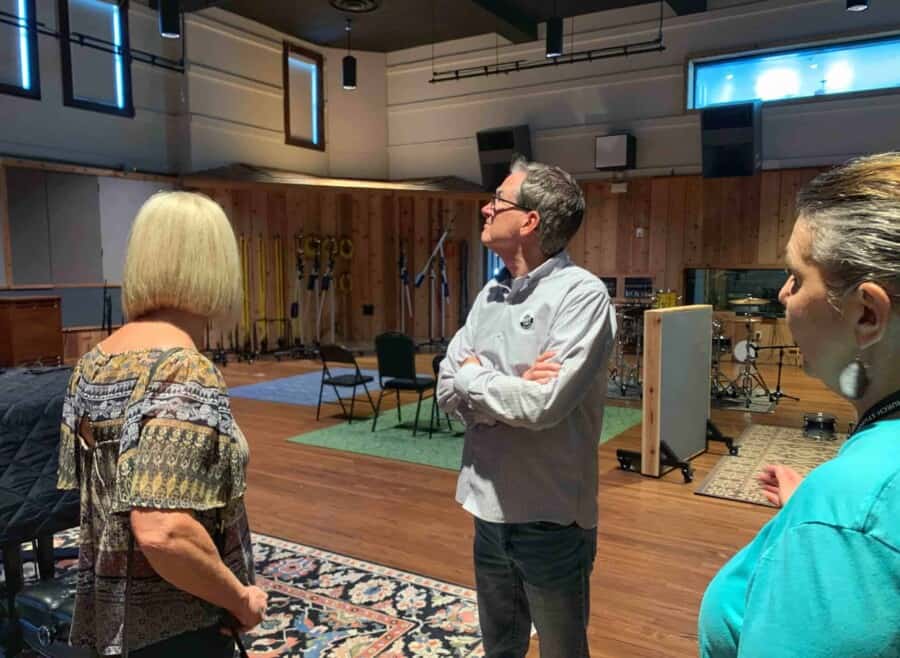 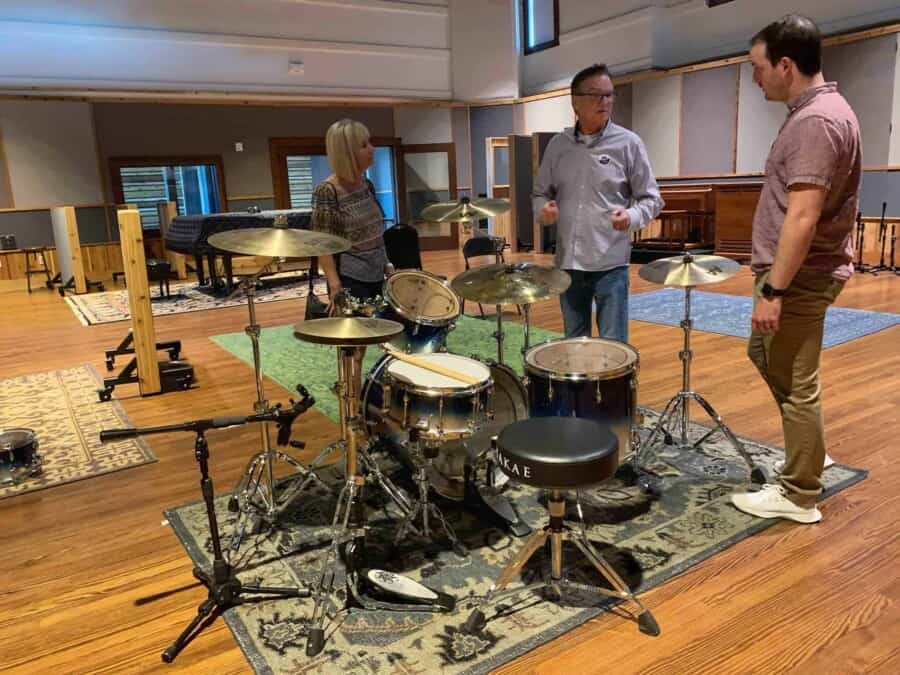 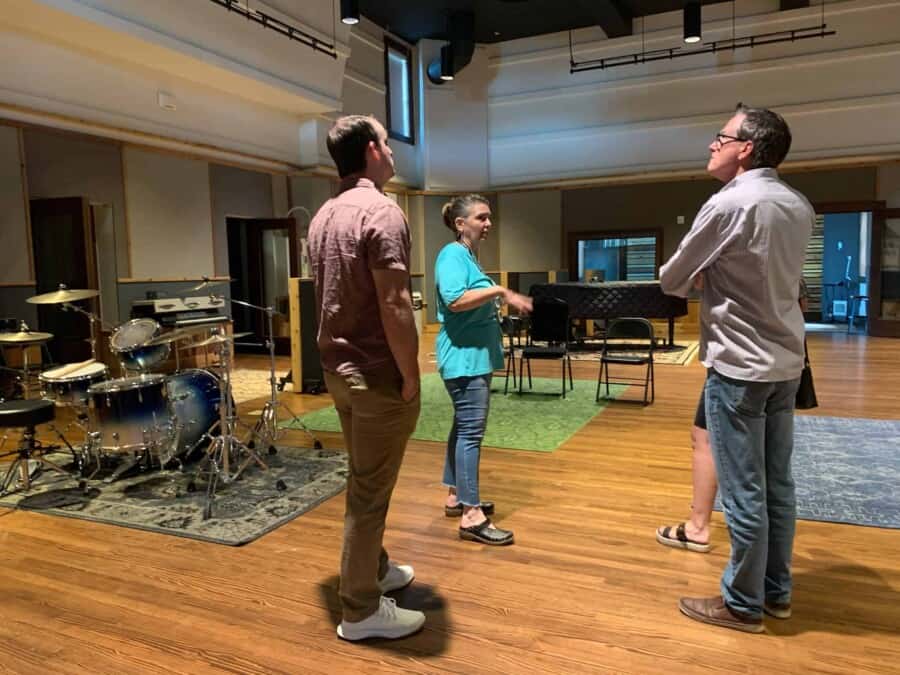 In the conference room, we got a great view of the live room from above through the large window, admired some of Leon’s ornate chairs, and spent a while perusing the vintage vinyl records set into the table. 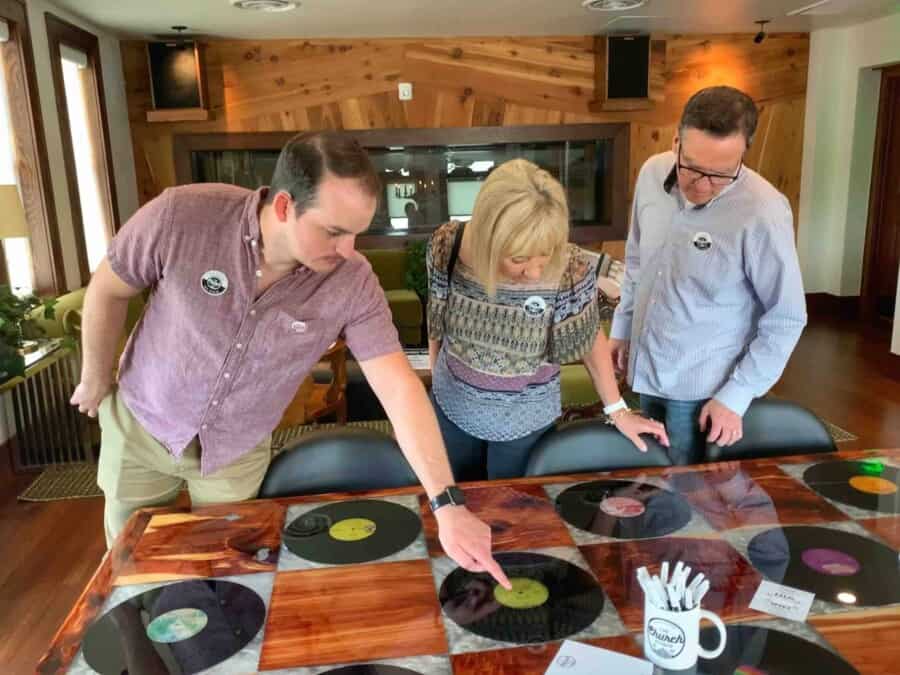 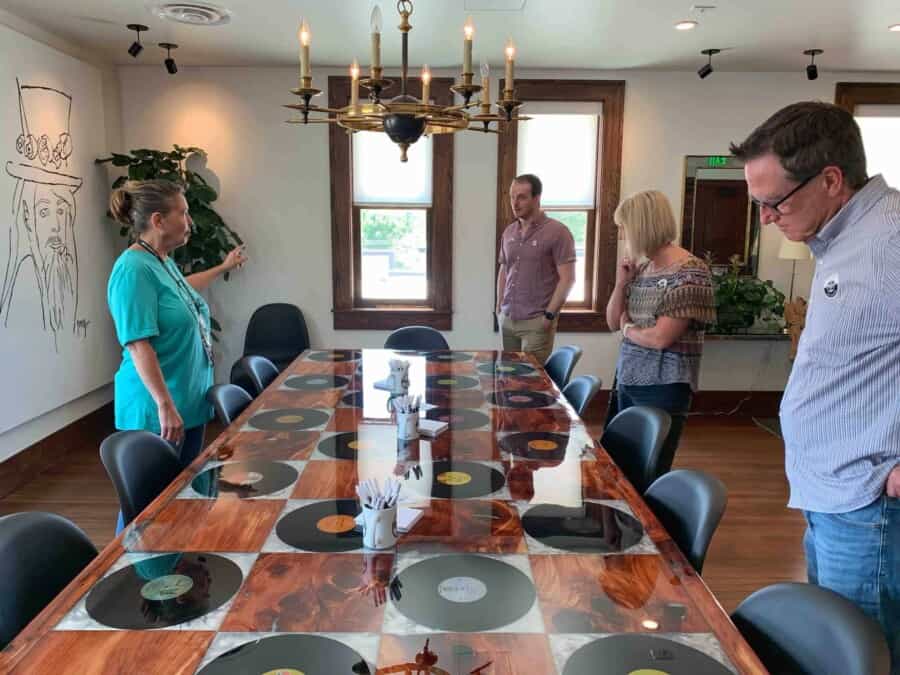 Nearly everywhere we looked, we saw vestiges of the original church, Leon Russell’s furnishings, tidbits of history, or contemporary artists’ homages to Leon. The place is so detailed, I couldn’t possibly cover the full tour experience in this brief recap, so I will leave a bit to mystery. I’ll let you guess where we took this mirror selfie. 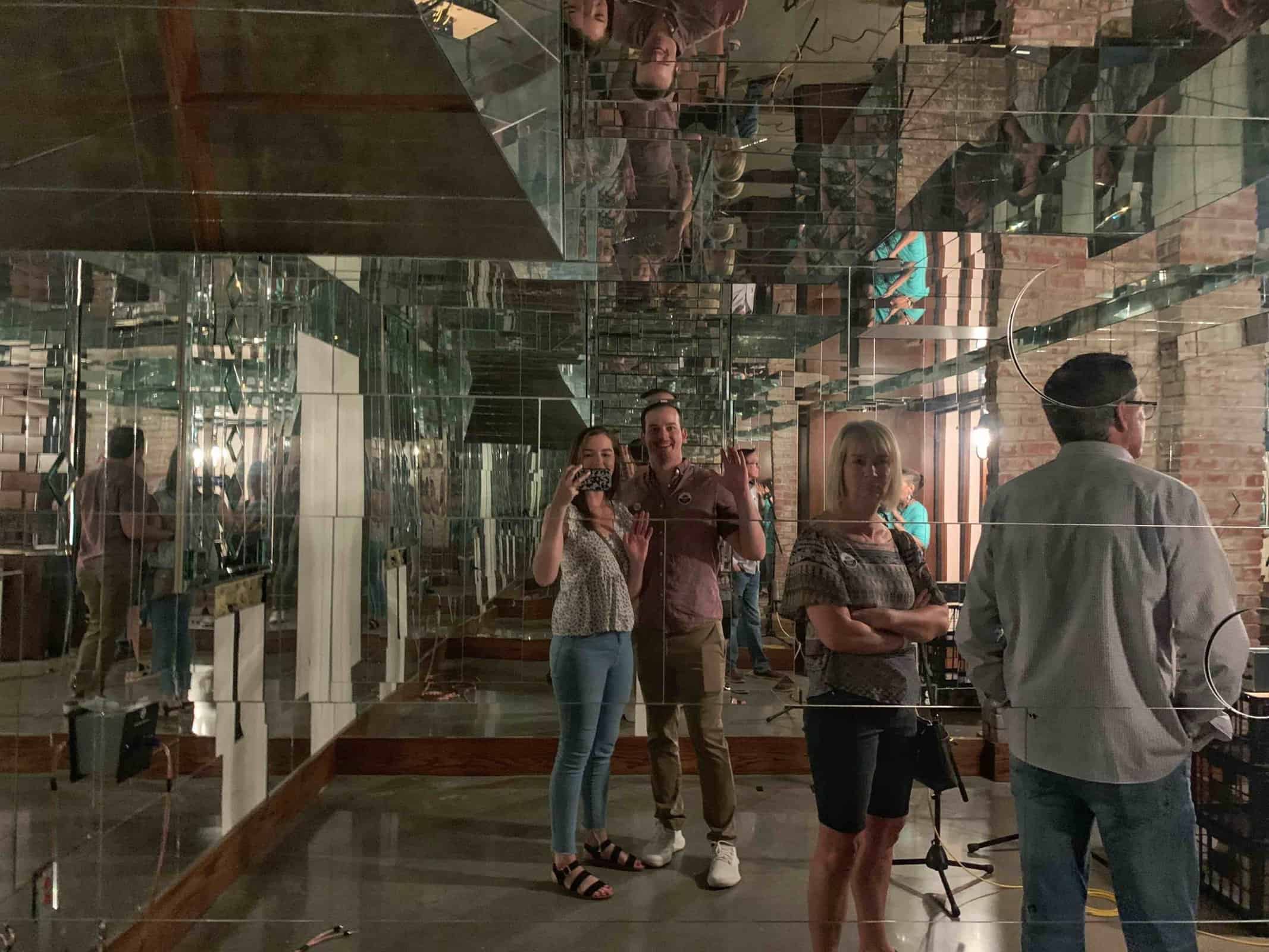 An exceptional recording studio in its own right, the Church attracts both local and international musicians, reinvigorating the Tulsa music scene. It reaches outside of the historic preservation community, pulling in local artists and musicians to contribute their talents in growing something fresh with deep roots.

It allows the legacy of the Tulsa Sound to carry on and find new life, rather than relegating it to a bygone era. The opportunity to explore allows the broader community of Tulsans, LeonLifers, music lovers, and anyone else sick of each new construction that turns out to be more storage units, to take part in carrying that legacy forward. The Church Studio is the best kind of restoration project-one that doesn’t leave history in the past. 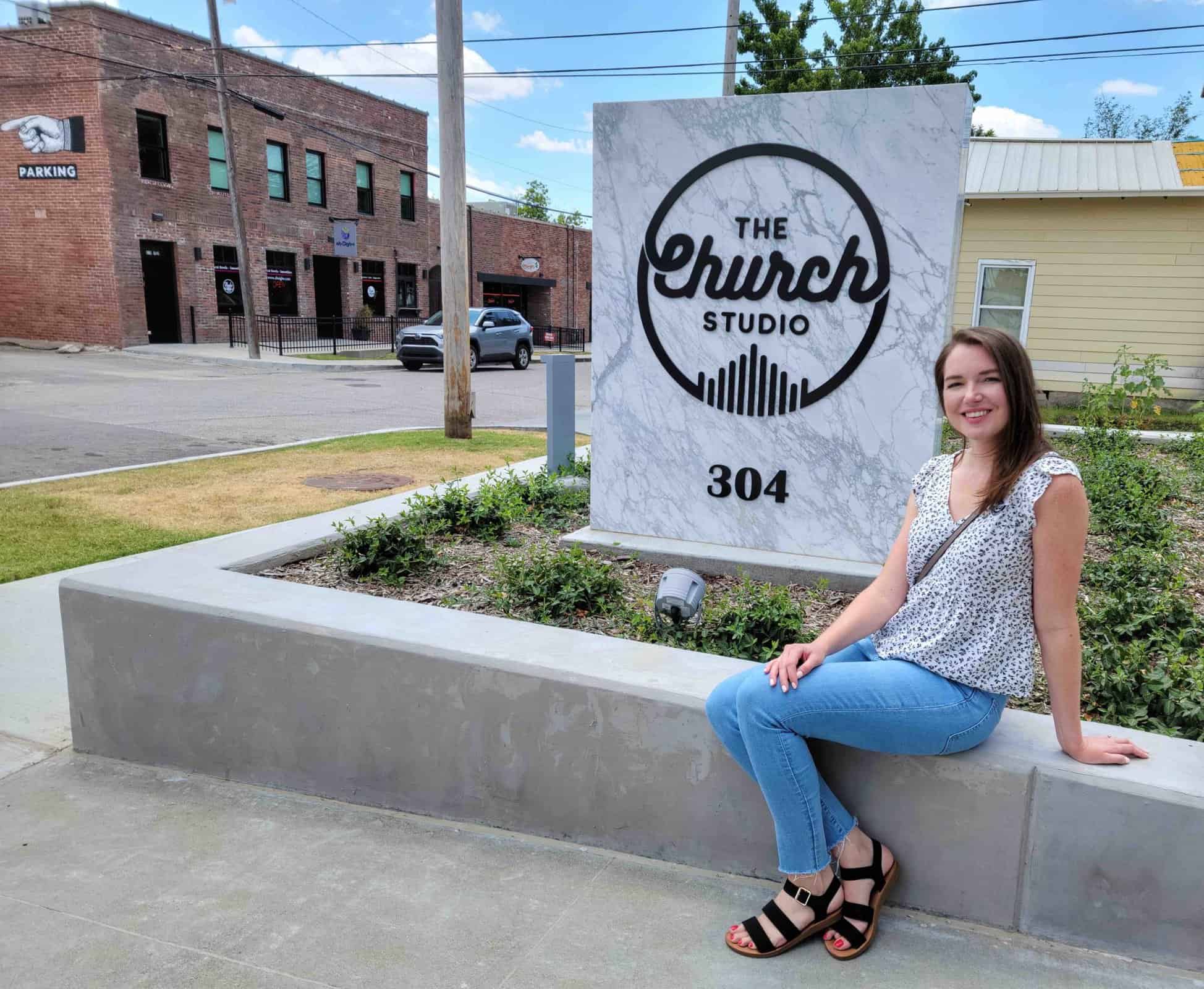