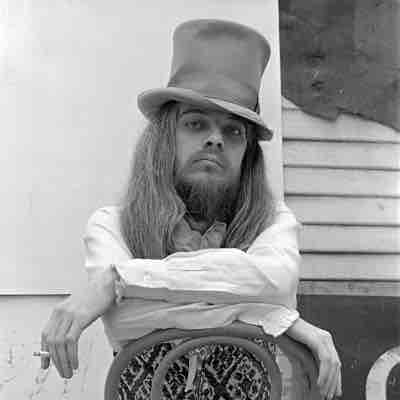 Leon Russell’s distinctive style, both vocally and instrumentally, made him one of the great singer-songwriters of all time. A unique pianist, composer, singer, song craftsman, and showman. He collected a lot of items and the most well-known were his canes and of course his hats. Those items certainly became a big part of his great showmanship in life and on stage.

In his biography, Leon Russell in His Own Words, shares a story of being shamed at the age of four. An aunt embarrassed him in front of other relatives, and he never forgot it. It was the onset of his stage fright, and he struggled for years with it.

However, as his brilliance on the “Piana” grew and his success in the music industry took him to California in the 1950s and 60s, the young, shy boy from Oklahoma gained confidence. By the time he had over a decade of studio recording with some of the greats in rock-n-roll, Leon was ready to become the master of his own show. He grew his short, slicked-back hair out, and at about that time he was seen sporting his top hats. They were magical and changed the shy guy into a true master of ceremonies. His hats certainly added to his stage character and set him apart. Leon was already photographed with top hats by 1970.

Mike Elliott best describes Leon in Albumism.com : “A cool look of supreme confidence peeks out from under a top hat with part of the brim turned up-the absolute coolest anyone’s ever looked in a top hat, with apologies to Abe Lincoln, Slash, and Willy Wonka.”

In March 1971, his second album, Leon Russell and the Shelter People was released. Elliott again describes Leon’s great showmanship, “Make no mistake, Leon Russell dominates Leon Russell. It’s all his show. You may hear a signature lick here and there from, say, Clapton (on “Prince of Peace”), but the guests never detract or distract, they merely enhance the overall vibe.” 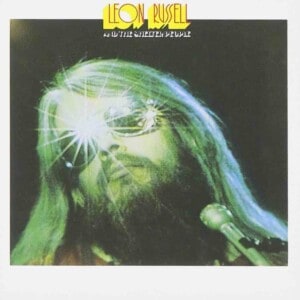 Leon was THE showman! And his hats would be an ongoing part of his life story.

In the spring of 1970, Leon was invited to put together the musicians backing Joe Cocker for the Mad Dogs and Englishmen Tour. On the way to the tour, Gram Parsons met up with him at the airport, where he handed Leon a top hat. The hat was a feature on the tour and got quite worn out. Leon had a story about that hat, “a green silk number.” It wasn’t until someone sat on it and he turned it over to punch it out to restore the shape, that he noticed a handwritten label inside reading, “Jolson/Jazz Singer.” A surprise and mystery to all. 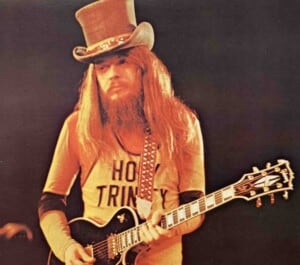 Another top hat story involved his girlfriend, Carla Brown McHenry’s toddler son, Shawn (who is photographed laying on the floor in front of the band on the Mad Dogs and Englishmen album). Shawn peed in one of Leon’s top hats. According to Leon’s friend, Michael Mullen, “it was okay though, they were in New York City and quickly rushed out to buy another one.”  Oh, the stories those hats could tell! 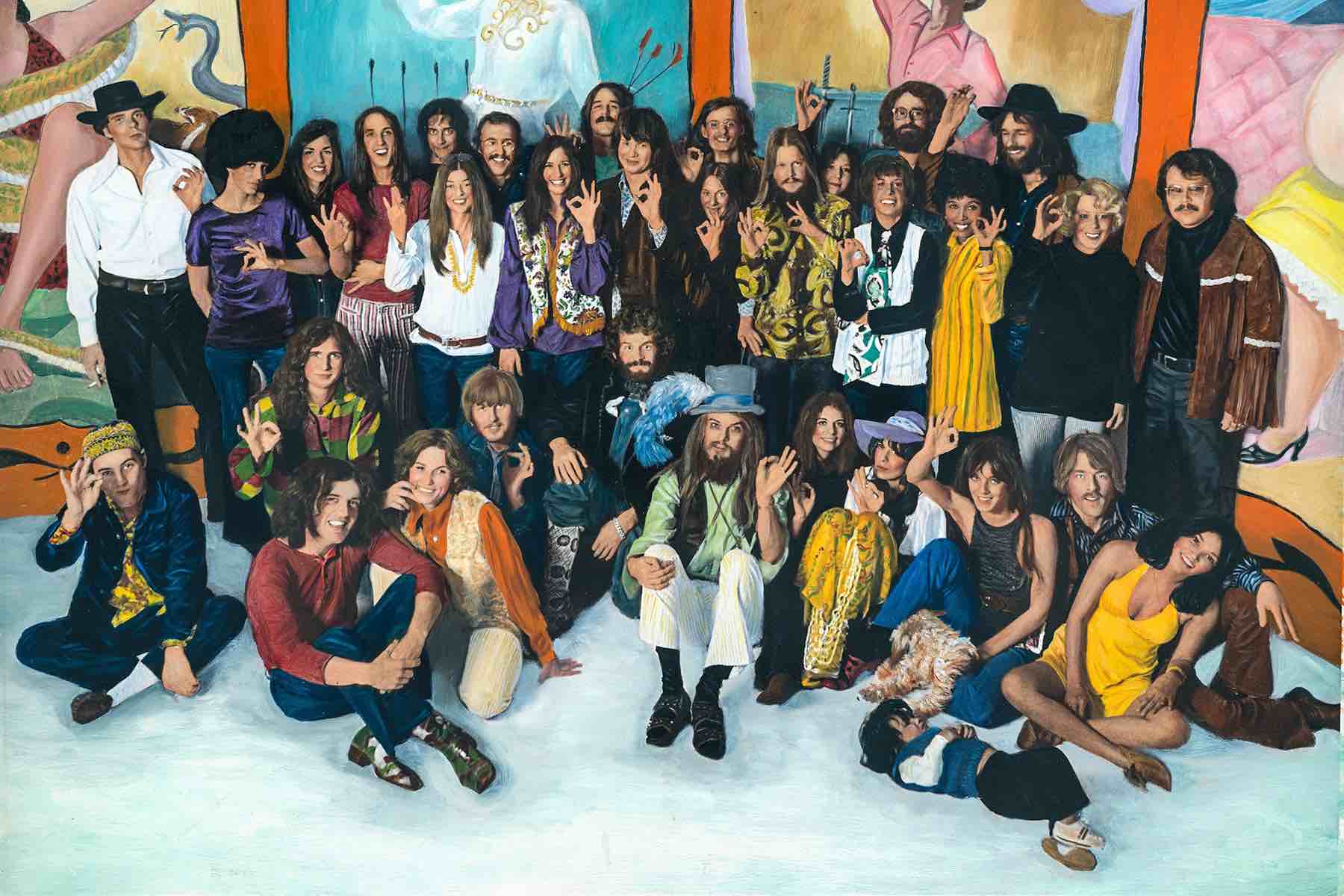 While Leon was often seen and photographed with his top hat, his love extended to many types of hats. His cowboy hats featured on his Hank albums and crocheted pillbox hats topped his head in several family photos. My personal favorite was his flower-covered top hat. While many rock-n-rollers wore top hats, Leon was probably one of the first and inspired others. I remember going to concerts at Mohawk Park in Tulsa in the early 70s and seeing numerous hippies sporting black top hats – a nod to our local hero.

Tulsans remember those hats and you can find various murals and fun hat art around town – including a “steel top hat garden pole inspired by the late great Leon Russell” at the Garden Deva. At The Church Studio, visitors can enjoy an over 5,000-piece archive that includes artifacts, music memorabilia, and several of Russell’s hats and canes on display.

Let us know if you have a Leon hat photo or story. 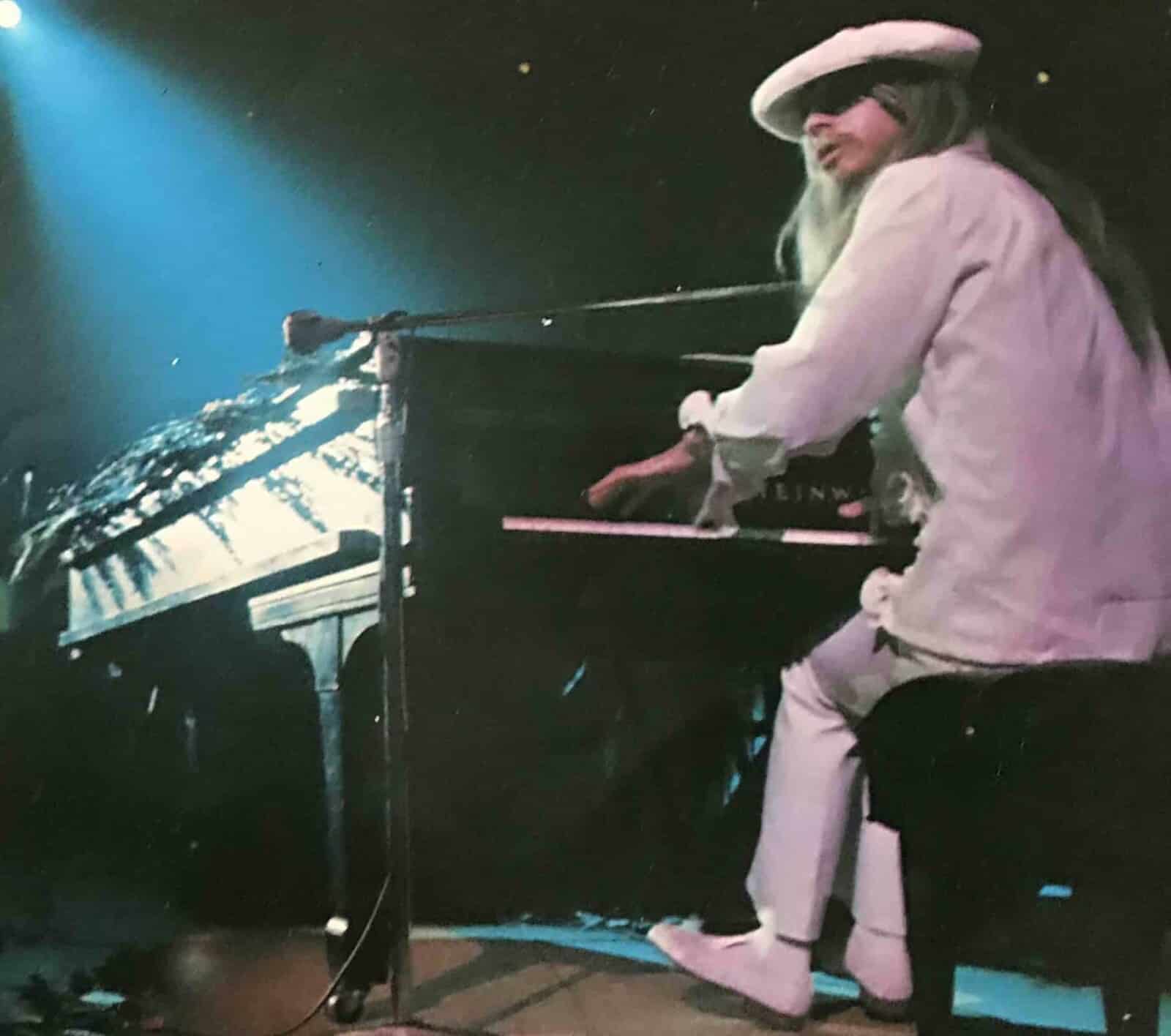 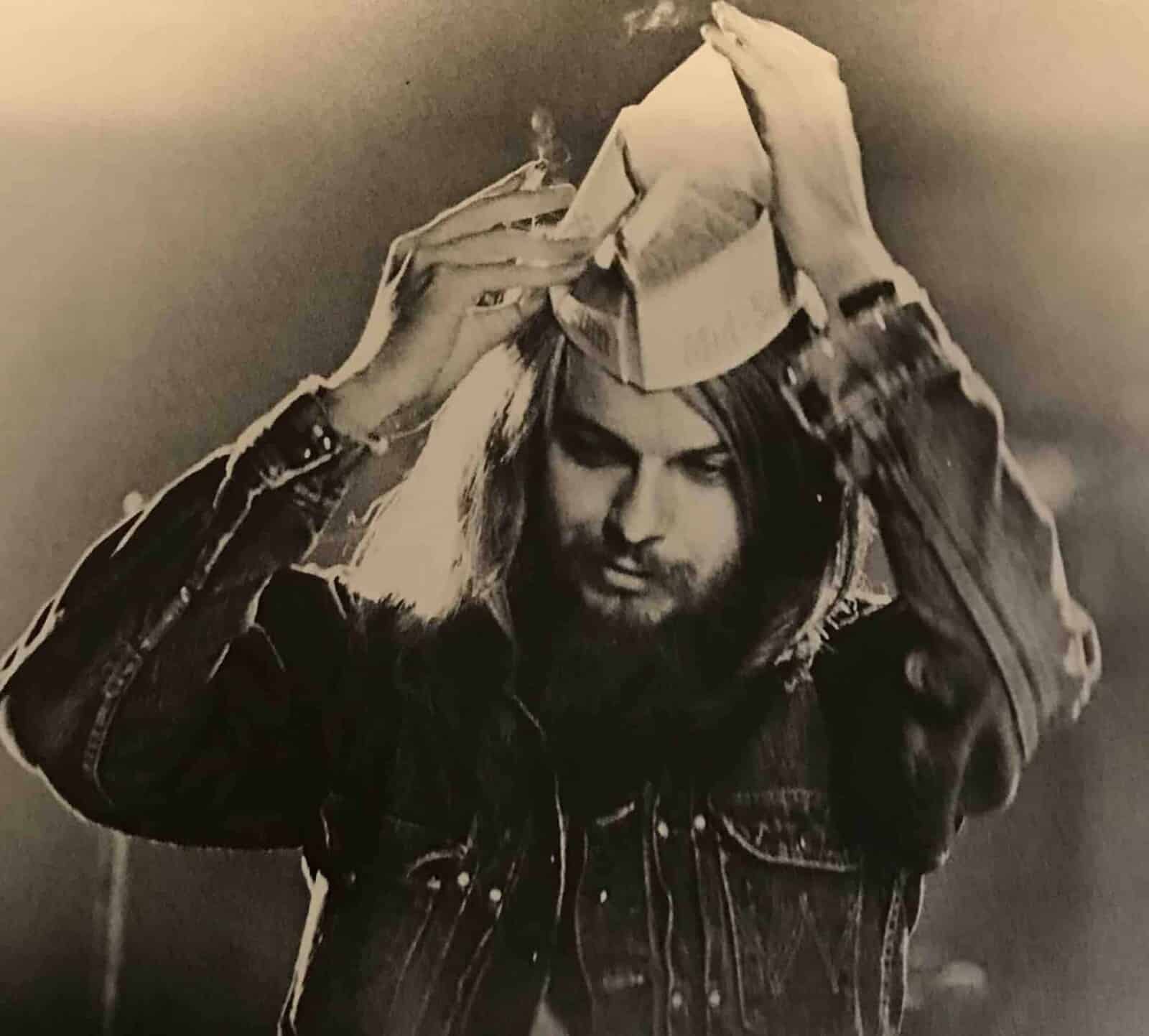 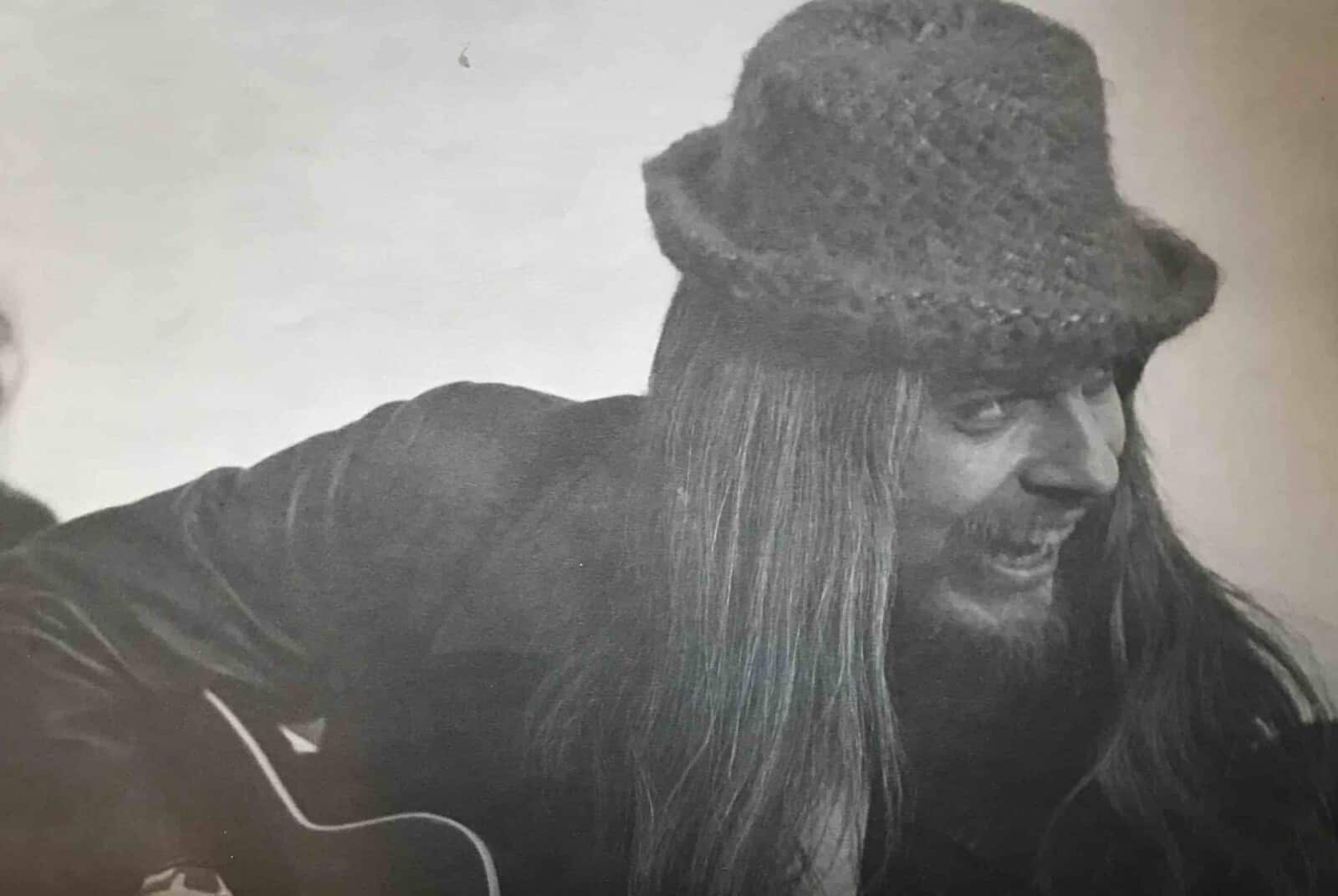 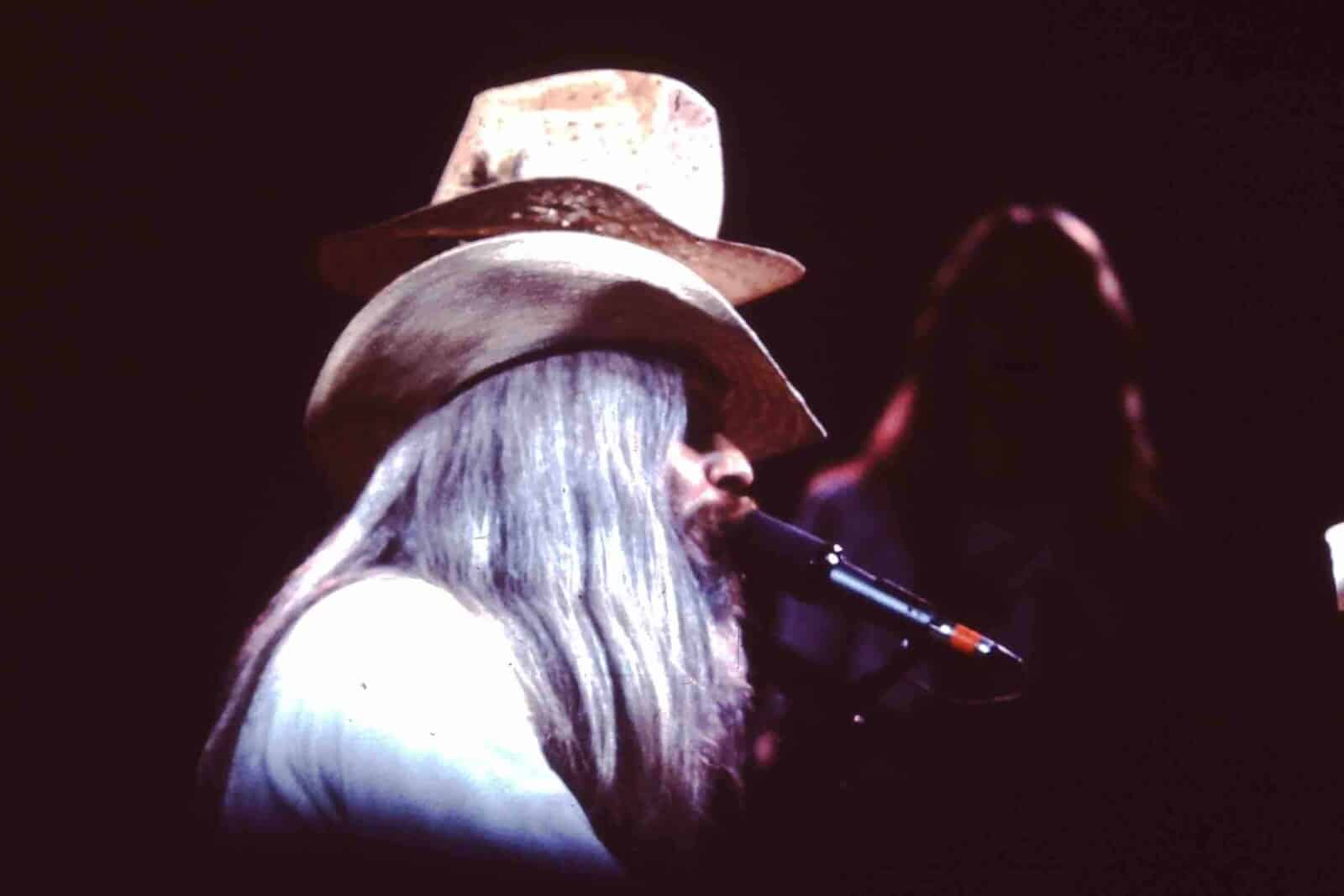 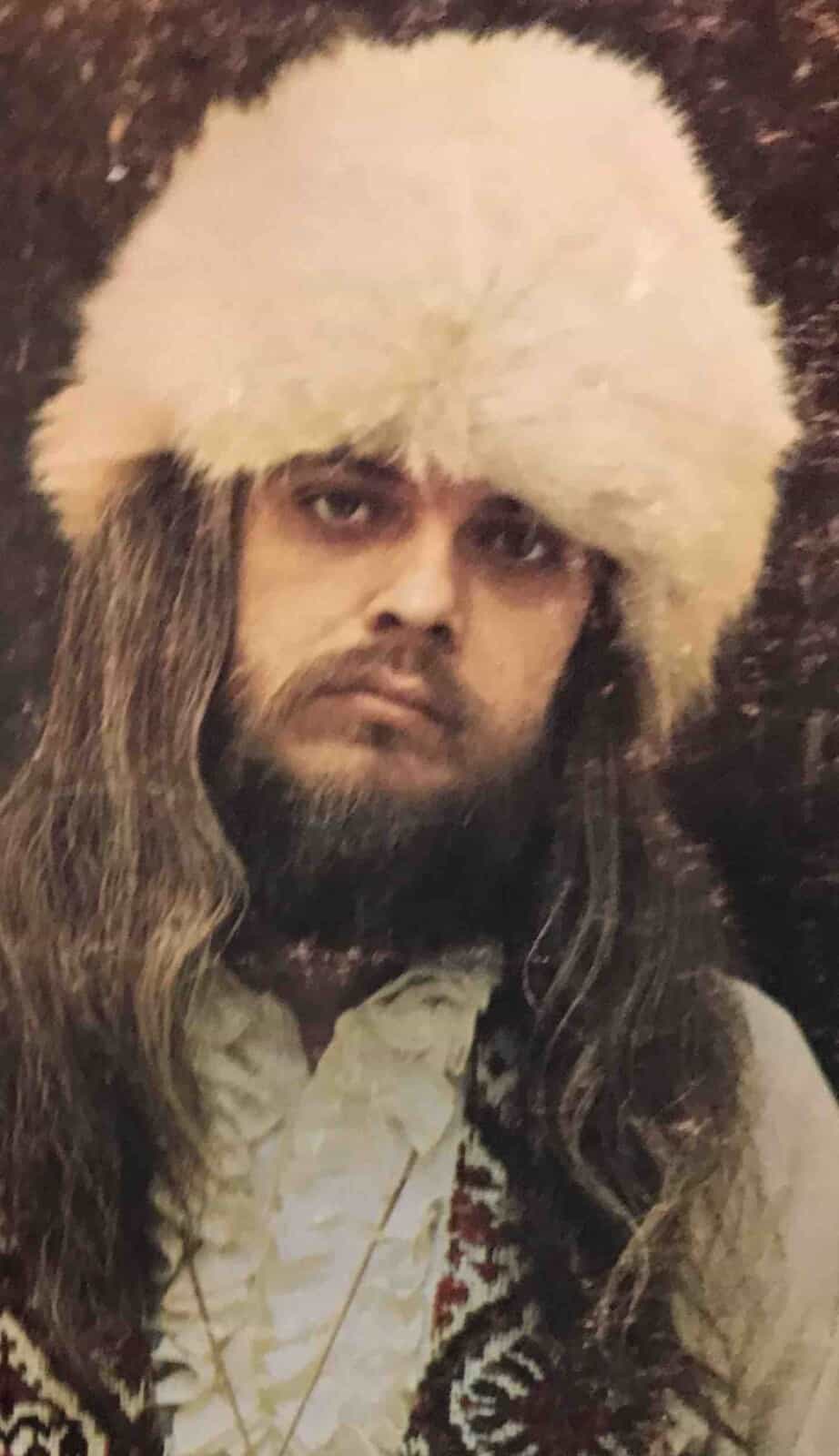 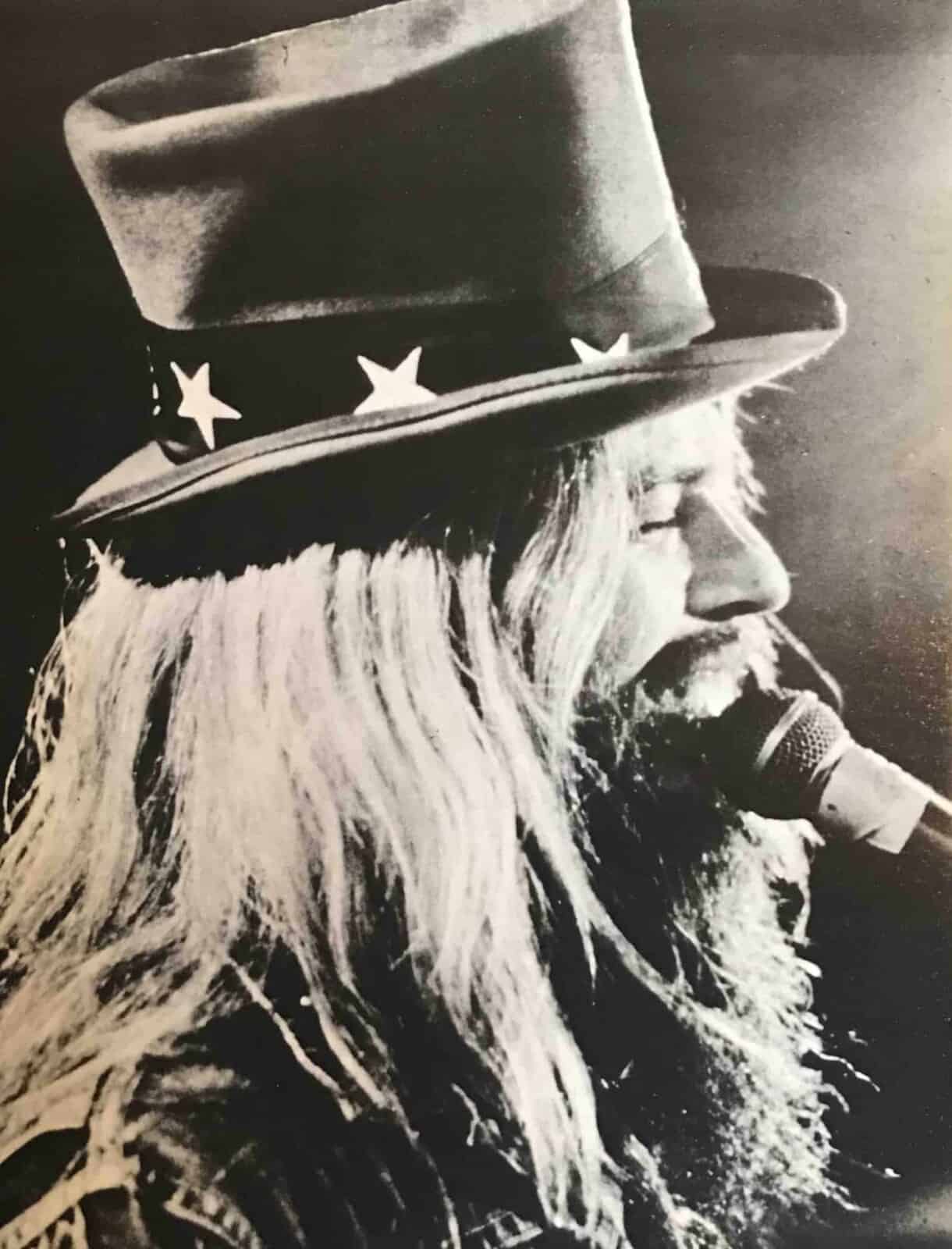 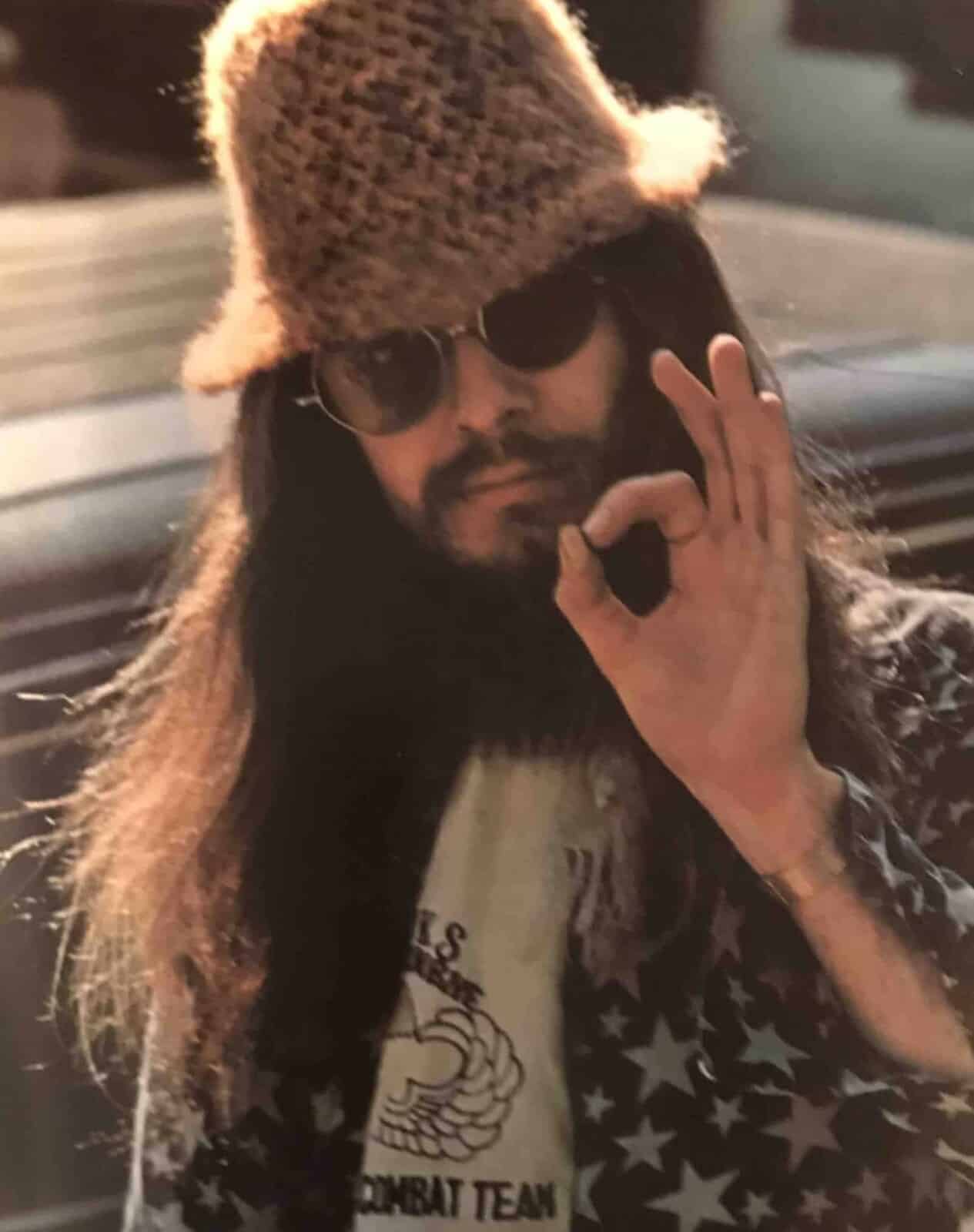 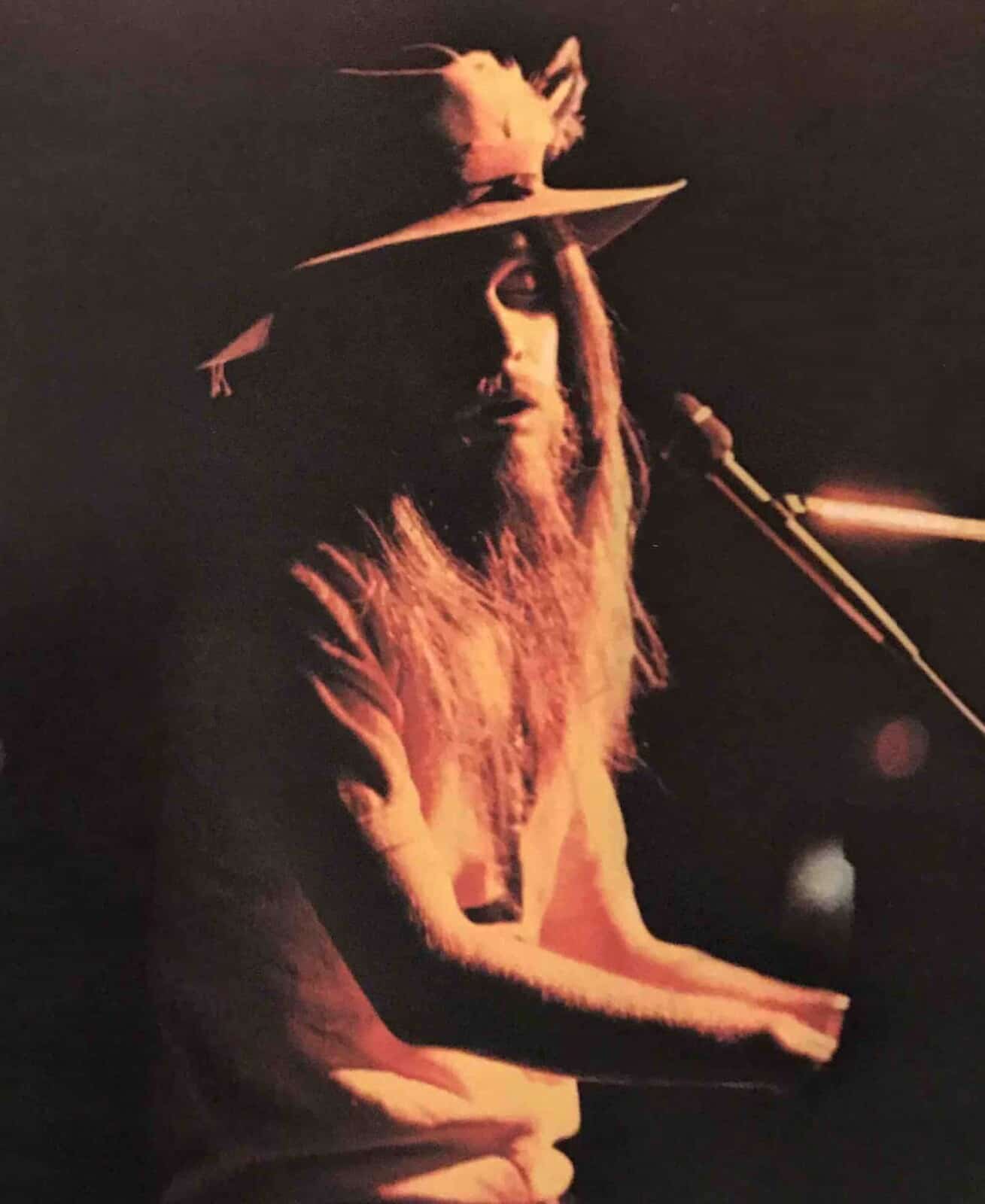 Deborah grew up in Tulsa and Is a huge fan of the Tulsa sound, Red Dirt music and all the musicians from here. She’s an author and loves writing stories for The Church Studio.