The Making of Leon Russell Road 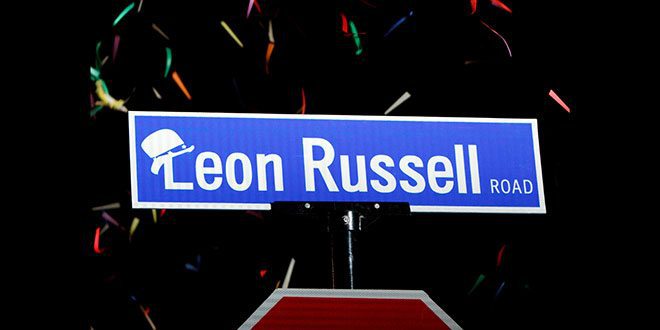 I drove by The Church Studio on Third Street one morning in 2006 and found that its then-owner, musician Steve Ripley, had a hand-made “For Sale” sign stuck in the yard of the legendary recording studio he had owned for the last 20+ years. He had written his cell phone number on the sign.

As a musician and fan of the studio, I put my car in park outside of the building and dialed the number on my cell. Ripley answered. I said I was outside and would love to see inside. He said, “I’m here. Come on up.”

I skipped up the stairs to the double doors. Steve let me in and for the first time, I peeked around at what was any musician’s dream-come-true recording studio: a school gym-sized recording room that looked like it hadn’t been touched since the ’70s, a luxurious control room with exposed brick walls and a Neve board, and rock memorabilia lining the walls. Music equipment dotted the floors—items Steve was moving out.

The Church Studio rests within the Pearl District, a neighborhood whose association had been working tirelessly for years to develop their community—and they had been quite effective at making things happen. They had gotten a park created, a community center built, sidewalks laid, and excitement stirred all around the studio. I began attending the neighborhood meetings and at the mention of my Church Studio involvement, countless Leon memories surfaced from the neighbors.

“I saw Bob Dylan on the stairs outside one day in the ’70s.”

“I heard Eric Clapton recorded in there.”

“I think George Harrison was there too, he was definitely in Tulsa while it was open.”

“The Gap Band made their Magician’s Holiday record there.”

“We need to do something to honor these memories.” As soon as it was brought to the table, the Pearl District Association pounced on the Leon Russell Road project.

As The Pearl District board began to plan the honorary road sign details, Leon’s popularity began to surge. In 2010, he made a joint record with Elton John called The Union. With popularity comes tension; anyone who heard about the honorary street naming had an opinion about where the road should be and what it should have been named. At one particular meeting, someone even suggested naming the street “Studio Row” or “Music Row.” Longtime Tulsa musician David Teegarden, formerly of Bob Seger’s Silver Bullet Band, was in attendance and he piped up.

“What are we talking about here?” he asked. “I came to this meeting to talk about Leon Russell Road.” And it was pretty much settled.

Because of the Pearl District’s strong track record working with the city, the Leon Russell Road project was approved by the City of Tulsa almost immediately with the help of city councilor, Maria Barnes. Even prior to the official naming, however, there was some confusion as to whether the road would be located in Downtown Tulsa’s Blue Dome district, or in the Pearl. In the end, the Pearl District prevailed.

The official location of Leon Russell Road became Third Street between Utica and Peoria avenues, hugging the Church Studio doors where so many musical memories were made.

The Pearl District Association put together a Kickstarter.com page to raise funds for the creation and installation of street signs as well as a sign unveiling ceremony. The financial support for Leon Russell Road was near instantaneous with 20 private donors in less than 3 days.

A week after the road sign unveiling ceremony, Leon Russell was set to play a concert at the BOK Center with Elton John. The day of the show, Russell himself appeared at a celebratory luncheon at the Mayo Hotel.

I asked Leon if we could get a photo together with the road sign, and Leon replied, “I’ll keep taking pictures if it means I don’t have to get a real job.”

When I showed him the street sign, he looked at it carefully. “What’s it say on the other side?” Leon joked.

Except from:
“The Making of Leon Russell Road”
by Lindsey Neal Kuykendall
05/09/2012
This Land