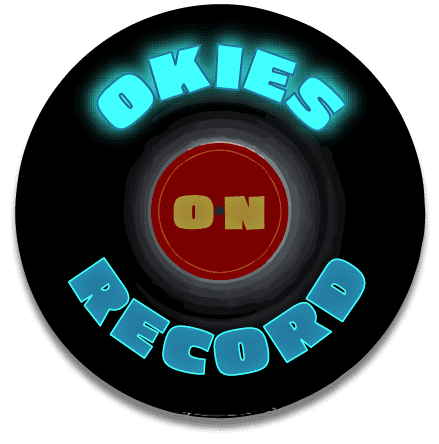 We are starting a new monthly series here on the Church Studio Blog, where we will cover some of the early releases from the past where Oklahoma musicians appeared together in the studio, more often than not on other artist’s records.

Starting us off is a popular rockabilly artist and songwriter from the late ‘50s/early ‘60s by the name of Johnny Burnette. In late 1958 Burnette signed a recording contract with Freedom Records, an offshoot of Liberty Records, where he released a string of singles under the Freedom Records label. By 1959, the Freedom label was shut down and Burnette moved to the parent label, Liberty Records, where his recordings stood a better chance of succeeding. And they did. His fourth Liberty single, “You’re Sixteen” reached number 8 on the Hot 100 chart.

By December, 1961 Burnette was a popular artist in the Liberty Records stable, and he was back in the studio recording his fifth and final album for Liberty. Among the musicians that played on this album were three (3) musicians from Oklahoma. Two were veterans of studio sessions, and one was just starting his session work career. Kessel was the veteran of the three, having started his studio work in 1947. Allsup was no stranger to the studio, however, having recorded with the late Buddy Holly beginning in 1958 at Clovis, NM. Russell was just starting his session career, and in fact this was his first legitimate union session since moving to Los Angeles in 1960.

The results of this session can be heard on the Johnny Burnette album “Johnny Burnette’s Hits And Other Favorites”. Burnette’s career was cut short when his fishing boat was struck by a cabin cruiser on Clear Lake, located in California, drowning the young singer/songwriter on August 14, 1964.